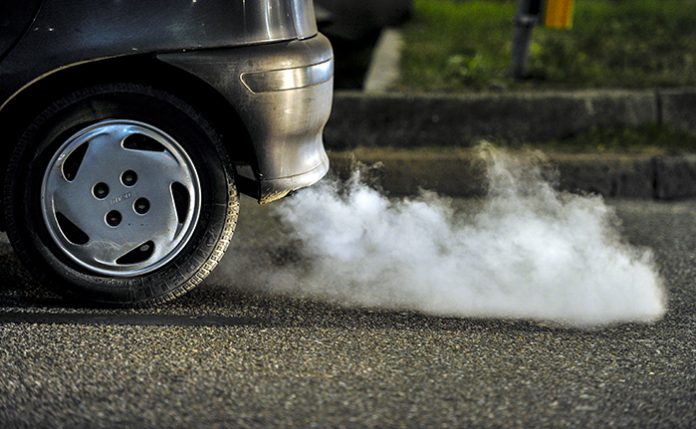 Consider for a moment how often you sit behind the wheel, with the engine running, yet your vehicle is not moving. There are times when you can hardly avoid idling, such as when you are in stop-and-go traffic, or when your windows are so fogged up or iced over that you have no choice but to wait until the defroster does its job. Your conscience need not feel too guilty in those types of situations.

However, if you are Car 7 in the drive-through line at Starbucks at Arden Way and Eastern Avenue, or you have pulled safely over to a shoulder on Winding Way near San Juan Avenue to read or answer a text, or you are waiting for your child to emerge from Caleb Greenwood Elementary School in River Park, do you really need to keep that engine running? (For that matter, do you really want to expose children to more car exhaust?)

And if you’ve just gotten into your vehicle while someone else is waiting for you (in idling mode) to pull out or away from the parking space, and you fire up the engine and stare at your phone for the next minute or two before you put the car in gear, are you being considerate?

According to the U.S. Department of Energy, Americans possess 250 million personal vehicles. Every year, those vehicles consume 6 billion gallons of fuel just by idling. That not only wastes money and resources. It also shoots some 30 million tons of carbon monoxide into the atmosphere. “Eliminating the unnecessary idling of personal vehicles would be the same as taking 5 million vehicles off the roads,” the DOE reports. The agency goes on to say: “Idling your vehicle—running your engine when you’re not driving it—truly gets you nowhere. Idling reduces your vehicle’s fuel economy, costs you money, and creates pollution.”

So what can you do to limit idling? The Environmental Defense Fund suggests that you turn off the ignition if you know you won’t be moving for at least 10 seconds, because typically idling beyond that amount of time eats up more fuel than stopping then restarting the engine. The EDF (and other organizations, including the DOE) stresses that engines—and car interiors—warm up more quickly when vehicles are moving, not idling.

“Frequent restarts are no longer hard on a car’s engine and battery,” the EDF continues. “The added wear (which amounts to no more than $10 a year) is much less costly than the cost of wasted fuel (which can add up to $70–$650 a year, depending on fuel prices, idling habits and vehicle type). Idling actually increases overall engine wear by causing the car to operate for longer than necessary.”

Sustainable America, an environmental nonprofit organization, lists 10 reasons why you should resist idling for more than 10 seconds. It saves gas (“four minutes listening to the end of an NPR story (burns) enough gas to drive six miles”), saves money, saves the planet (10 minutes of idling emits one pound of carbon monoxide), makes us healthier (by reducing pollution), makes us smarter (“breathing exhaust fumes can damage brain cells and may be linked to autism”), is good for your engine (“idling can damage engine components”), is quieter, is contagious (good habits rub off on other drivers), doesn’t stink and is easy.