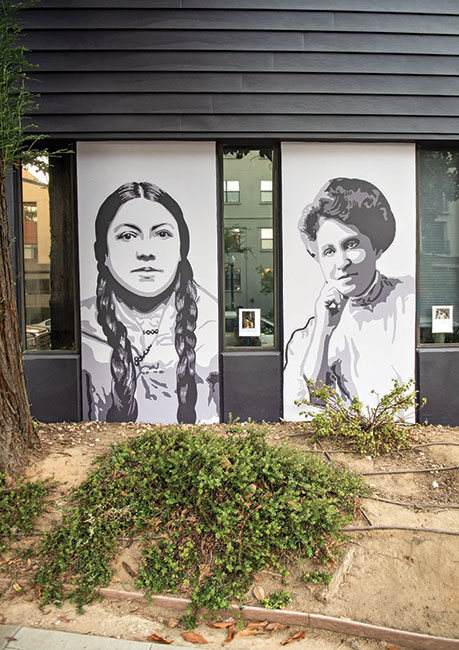 With local donations and a grant from the Julie A. Soderlund Memorial Fund, muralist Maren Conrad and a team of female artists have created the “I Vote” mural wrapping around three sides of the WEAVE building at 19th and K streets. The interactive mural celebrates the 100th anniversary of the 19th Amendment and showcases 19 suffragists of various races, backgrounds, religions and sexual identities. Other artists involved in the project were Nissa Harvey, Sandra Hernandez, Marcela Servin and Faith J. McKinnie. “Our wish is that this mural can be used as a place to register future voters,” says Conrad, “and as a destination where women can gather in unity.”