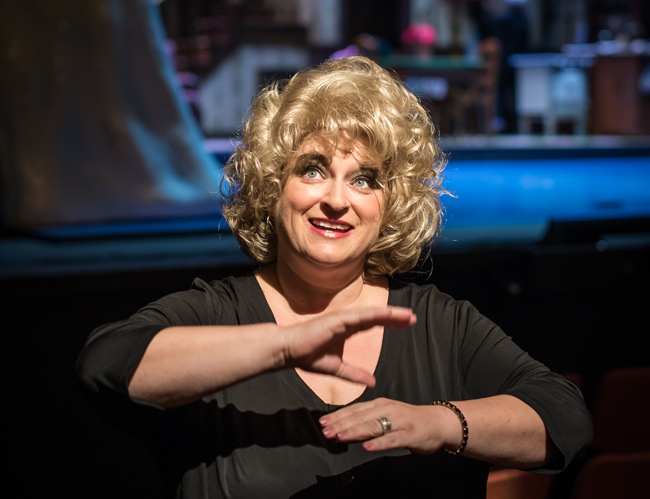 Angelene Fowler was 17 when she discovered her dream job. “I was watching a sign language interpreter at Music Circus and said to myself, I want to do this,” she recalls. “I fell in love with the language itself, how beautiful it is and how you can express yourself and show so many emotions. I was just mesmerized by how she was able to portray each character in a play.”

That interpreter, Bobbie Jackson, later became Fowler’s instructor and eventual business partner at A Show of Hands, a sign language interpreting agency based in Citrus Heights. (Jackson is now retired.)

Now 28 years into her career, Fowler has interpreted for deaf audiences in every imaginable setting, from corporate meetings and legal appointments to Tupperware parties and childbirths. But her true passion lies in interpreting theatrical productions and live concerts.

Fowler has interpreted the performances of a number of big-name stars, including Barbra Streisand, Cher, Bette Midler and Dolly Parton. While doing shows for Joan Rivers, “she would prepare us ahead of time for all the cuss words that were going to be used in her act,” says Fowler. “In those situations, you really have to match the affect of the speaker, even if it’s not really something you would say yourself.”

Many hours of preparation go into interpreting theatrical performances. “We usually preview the show ahead of time and will preview the script and get audio in advance if it’s musical theater. We work closely with director to understand the emotions he or she is trying to convey. Then we have to memorize the songs and the script,” explains Fowler.

Still, she doesn’t mind the challenge. “I just love doing the theater part of it. It’s such a fun and rewarding job that it’s like we get paid to go play. And we get to help a deaf person experience things exactly as a hearing audience would.”