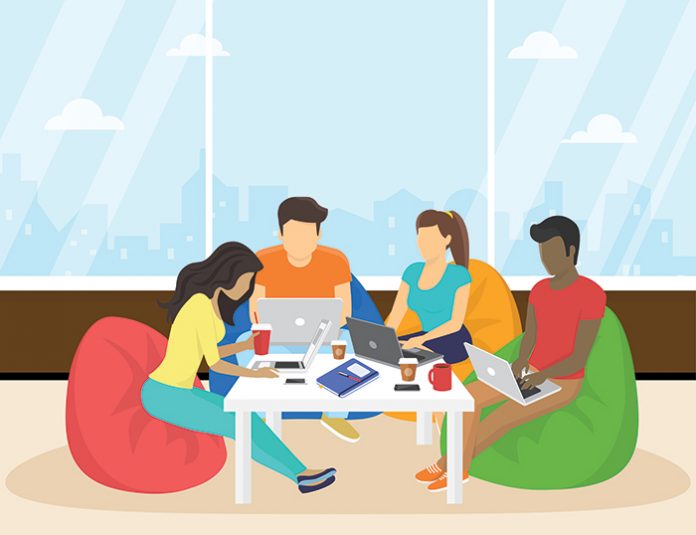 On a crisp Wednesday morning at Shine coffee shop in downtown Sacramento, eight or so writers are pecking away at their laptop keyboards, focused and fully caffeinated. They’re here for Shut Up & Write, a group formed to motivate writers to make progress on a specific piece of work while mingling with others who are there to do the same.

Shut Up & Write was founded in San Francisco in 2007 and now boasts more than 250 groups in 44 countries. The Sacramento chapter meets at various spots around the city a dozen or more times in a given week, usually at cafes but also at libraries, comic book stores and community centers.

Karen Durham, a former human resources officer and the organizer for this particular meetup, joined Shut Up & Write about four years ago. “When I’m not here, I usually work at home, either at my desk or the kitchen table or standing at the counter,” says Durham, who on this day is working on a short story for Kenyon Review.

What does Durham get out of the meetup? For starters, productivity. “You have an hour. Because it’s called Shut Up & Write, once the timer starts there’s no more chitchatting,” she explains. “You’re pretty much forced to stare at your own pen for that hour. There are no distractions because you’re not talking to people. And it’s not like at home, where there’s laundry and pets that want attention.”

It’s the sense of community, however, that keeps Durham coming back. “Writers come here to work on everything from poetry to Ph.D.s. It’s a lovely group of people. They’re supportive. They’re friendly. They inspire me. They have great ideas of their own that they’re working on, and we feed off of each other. We give each other hope and inspiration. It’s the opposite of my old job in HR, where most audiences were a hostile audience,” she says jokingly.

Rachel Dickinson, who started attending the Wednesday-morning meetups last summer, also comes for the camaraderie. “A lot of times with writing, it’s a solo endeavor. It’s really nice to see friendly faces each week,” she says. Amid the cacophony of the espresso machine and the rock music playing not so softly in the background, Dickenson is able to accomplish a lot of writing in a short period. “Each week, I feel like I’m more productive in this one hour than I am at home.”

Durham concurs. “There’s definitely an energy to having everyone at the table scratching on their keyboards. It’s certainly more invigorating than sitting by yourself.”