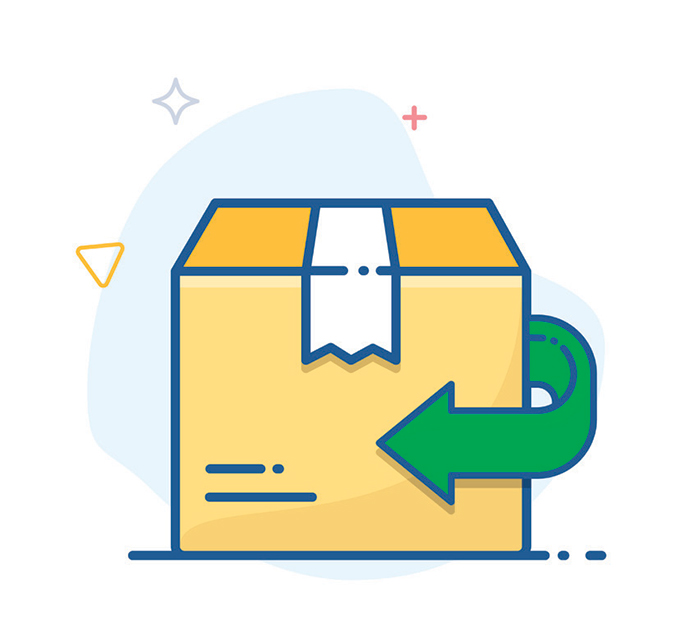 Phew! We have made it to another new year, and the frenzied spending many of us did during the holiday season is a fading memory—except perhaps in our credit-card balances. There, the many pleasures of our capitalistic bacchanal have been stripped down and starkly reduced to unforgettable, dream-crushing debt.

But wait! There’s more to feel crummy about than mere impoverishment. If we have the courage to do so, we also can assess the environmental costs that some of our holiday season decisions create. No, that is not in reference to wrapping paper and tape, nor directly to ingredient/component sourcing, manufacturing, packaging and distribution.

Let us instead focus on something that explodes onto the scene starting Dec. 26 and can last well into January: returns.

Amazon, as most of its many millions of customers know, makes the return process super-easy. Take whatever the unwanted item is to Whole Foods, Kohl’s or UPS and you will receive a full refund whether or not you re-boxed the item or brought a printing label. Such a customer-friendly service creates a situation in which people order things to sample or as a “maybe.”

In an investigative story, CNBC reported that Amazon purchases are at least three times more likely to be returned than items bought in a store. According to the National Retail Federation, a record $761 billion of merchandise was returned in 2021, and about 10 percent of those returns were fraudulent. Amazon third-party sellers end up throwing away about a third of returned items, CNBC said.

In early 2021, British broadcasting outlet ITV buttered no crumpets in describing how Amazon treats returned items in Europe. “Undercover filming from inside Amazon’s Dunfermline warehouse reveals the sheer scale of the waste: Smart TVs, laptops, drones, hairdryers, top of the range headphones, computer drives, books galore, thousands of sealed face masks—all sorted into boxes marked ‘destroy,’” ITV reported. “Products that were never sold, or returned by a customer. Almost all could have been redistributed to charities or those in need. Instead, they are thrown into vast bins, carried away by lorries (which we tracked), and dumped at either recycling centres or, worse, a landfill site.”

ITV acknowledged that the global online giant, which legend has it was germinated in Jeff Bezos’ garage, is pushing back against this notion that it embraces waste in its business model: “Amazon told ITV News that the landfill site also has a recycling centre and that none of their items go to landfill in the U.K.”

On its website, Amazon says the company uses “software to identify and sort eligible items that are fit for donation. We partner with local community organizations to collect these items from Amazon facilities and distribute them to people in need. By donating surplus inventory to charitable organizations, we keep usable products out of the waste stream and help strengthen our local communities.”

In a recent blog post, Kristine Nguyen of the sustainability-promoting website brightly.eco laid out the grim fate of many if not most returned online orders. One way to avoid the waste and guilt associated with such returns, Nguyen wrote, is “to really think about what you’re purchasing before you actually buy it. Make sure you’re only buying what you really love and need.”

And if, even after deep thought, you end up owning something you don’t need or want? Nguyen urges you to consider one of four alternatives to returning the item: regift, donate, fix or resell it.