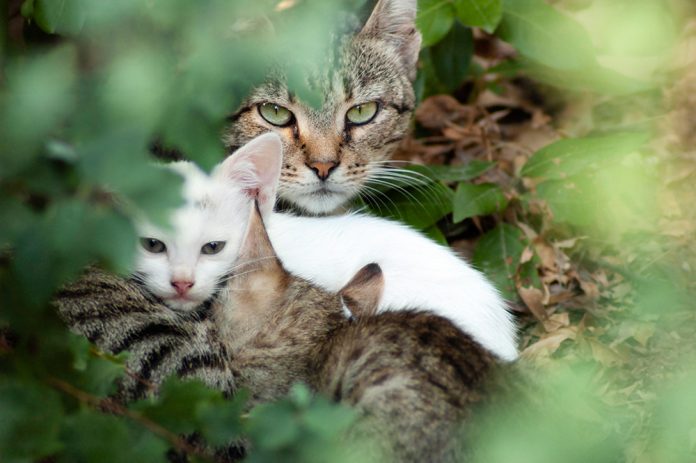 Wild and unsocialized, the feral cats of Sacramento live among our neighborhoods and riverbanks. These cats are at the center of a battleground between those who advocate for their right to live and those who view them as invasive predators that decimate native wildlife populations, such as birds. We spoke with Sacramento SPCA’s Trap, Neuter, Release Program Coordinator, Andrea Stretars, who gives us a peek into the lives of these cats and shares why SSPCA supports responsible management practices.

Know your feral cats. Not all stray cats are feral. The term denotes temperament rather than where a cat lives, says Stretars. “A feral cat is a lot like a raccoon, a skunk or an opossum, even though they are a domesticated animal. Their behavior is that of a wild animal and they don’t want to be near you.”

Unchecked reproduction multiples exponentially. Cats can begin reproducing at 4 months old, says Stretars. One pair of cats and their offspring can produce 420,000 kittens in seven years, according to Cats International, a nonprofit educational organization.

The vacuum effect. While some people believe it’s better to eradicate feral cat populations, Stretars says other cats will move in once a colony is removed because resources in the area—shelter, food and water—support the animals and allow them to successfully raise their young.

Management matters. The Trap, Neuter, Release Program uses humane traps to catch wild cats, sterilizes and vaccinates them against common feline diseases and rabies, and releases them to the exact location where they were trapped. Stretars says cats have an internal homing device. If they are relocated without an acclimation period of two to four weeks, they will attempt to return to their home, which can result in being hit by a car, preyed upon or fighting with other territorial cats. Feral or stray cats that have been sterilized through a TNR program can easily be identified by a tipped ear—the tip of one ear is removed so it appears flat.  SSPCA’s Trap, Neuter, Release program has sterilized more than 35,000 feral or stray cats since 2007, in partnership with a team of more than 75 volunteers dedicated to trapping and caring for feral cats. 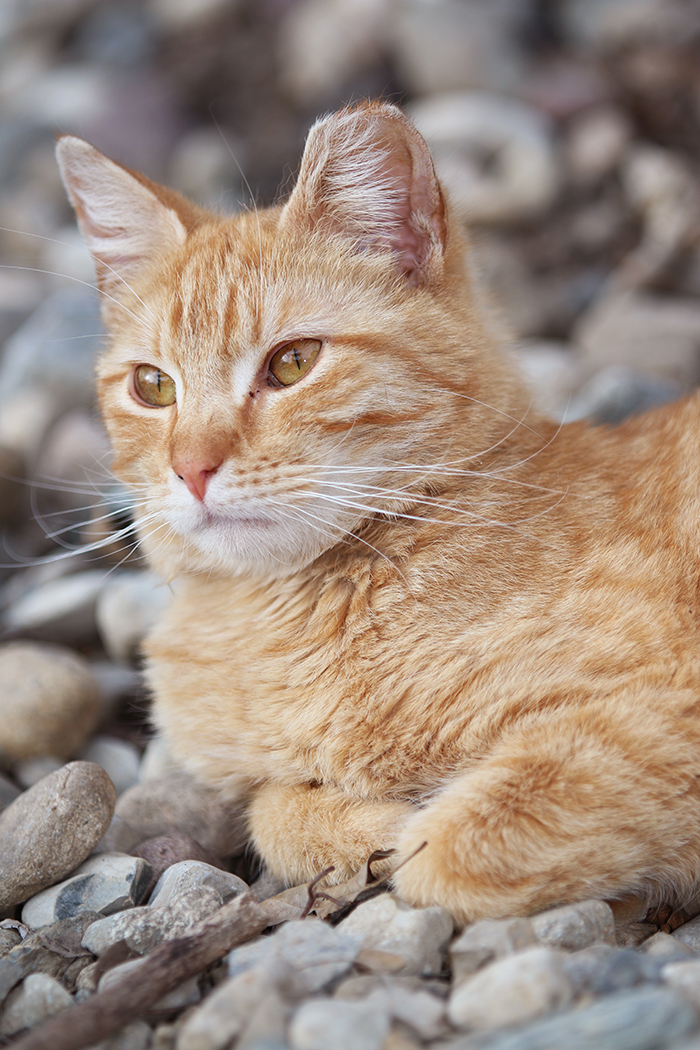 Proper feeding. Many people feed feral cats but there’s a right way to do it. Only provide enough food to be consumed within 10 to 15 minutes, says Stretars, and never leave food out overnight. This prevents attracting wild animals such as skunks, raccoons and coyotes, which should not be fed by humans and can injure cats.

Colony caretakers. Those who look after colonies monitor the cats’ health, provide food, and trap new cats that need to be spayed or neutered. Kittens born into colonies are removed and socialized so they can be adopted and strays that are semi-tame may be suitable for adoption through barn cat programs. While it’s a slow process, these practices—along with the passing of older cats—help stabilize populations and reduce the impact on native wildlife, says Stretars.

Want to help? The most impactful choice people can make to reduce the population of feral and stray cats is to spay and neuter their feline pets.

What else can you do? Talk with your neighbors. If you have resident feral cats, Stretars advocates determining if anyone is caring for them and working together to figure out the best outcome for them, she says. “(It’s about) understanding that these are creatures that are worthy of love that have been stuck in an unfortunate situation. That’s a humane outcome for these cats.”