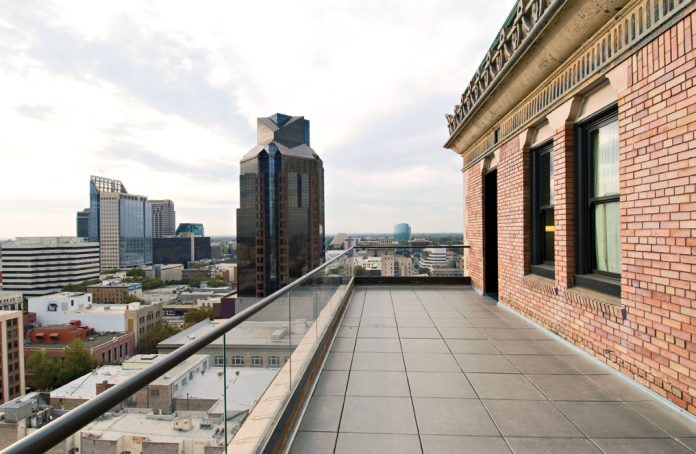 Sacramento just keeps getting better and better. Despite the downturn in the economy, developers are still pouring money into the city’s downtown core. Here, a look at four new projects that promise to inject life into the city while delighting locals and out-of-towners alike.

The city’s first high-rise boutique hotel, The Citizen opens this holiday season. Joie de Vivre Hospitality of San Francisco gutted the old Cal Western Life office building at 10th and J streets to create a 14-story, 198-room high-end hotel complete with a restaurant called Grange (helmed by highly regarded Atlanta chef Michael Tuohy) and a club called Scandal. With The Citizen just two blocks from the Capitol, locals are wondering how long it’ll be before Arnold pops in for lunch. From the early 1900s to the 1970s, it was a grain and cereal mill. Then it was an eyesore and a blight on the downtown landscape. But Globe Mills at 12th and C streets now has a new lease on life. Local developers Cyrus Youssefi and Skip Rosenbloom and architect Michael Malinowski turned it into a 143-unit mixed-income housing project, renting to (among others) fixed-income seniors and people of moderate means.

The developers were able to salvage five of the original 12 buildings, incorporating them into the new design. The $38 million project recently won the National Association of Local Housing Finance Agencies’ award for redevelopment excellence. This recent newcomer to the K Street Mall was designed to answer the question: what to do downtown at night? The old Woolworth building at 10th and K streets is now home to three hot spots for the after-hours crowd: The Cosmopolitan Cabaret, a 200-seat musical theater space; Cosmo Cafe, Randy Paragary’s latest restaurant, serving New York theater district-type food; and Social, a rooftop nightclub and indoor lounge.

Forever Plaid began an open-ended run at the cabaret in September; The Sacramento Bee gave it four stars. The hotelier has just embarked on a $15 million project to upgrade all 503 guestrooms at its L Street property across from Capitol Park. Overseen by Looney & Associates, a Dallas design firm, the renovations will give the rooms (and baths) a sleek, sophisticated, urban look. Also getting upgrades: the hotel’s corridors and its Park Capitol suites. The Hyatt will remain open during construction, which is scheduled to end in early May.