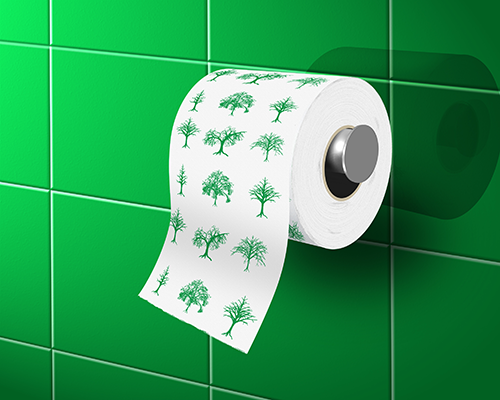 Are you sitting down? We need to talk about something that might make you feel uncomfortable.

We need to talk about the sustainability of toilet paper.

Almost all of us, at least in this country, take toilet paper for granted. Sure, when the pandemic hit the fan in mid-March, panic shopping flushed many store shelves of the bathroom product. It is possible that a few outta-luck shoppers had to make do for a while without toilet paper, which probably resulted in their instead using…

Before we unroll such imagery, let us take a step back and consider some of the alarming facts associated with the production of toilet paper. 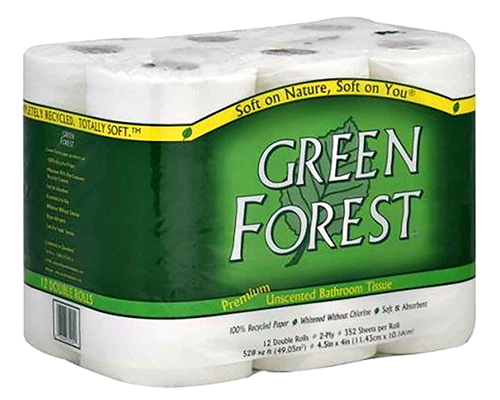 San Francisco-based Brondell, a billionaire Mark Cuban-backed maker of bidets and other bathroom items, two years ago posted a blog about how much damage TP does to the environment. Each roll, the blog asserts, requires 37 gallons of water to manufacture. Toilet-paper makers use 235,000 tons of chlorine every year (although it’s not clear whether that is a national or global figure). Combine all that bleach with perfumes and other chemicals often used in producing “ultra-soft” bathroom tissue, and groundwater under and near the TP manufacturing plants gets alarmingly smeared with pollutants. 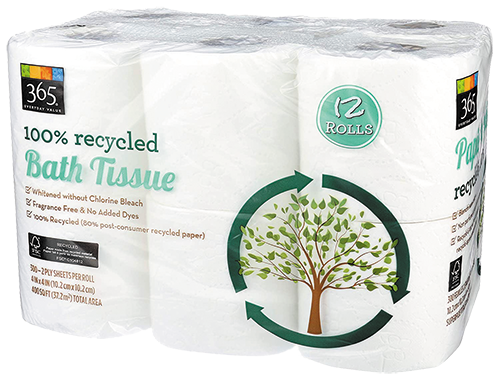 Toilet paper’s main ingredient is wood, of course. The number of trees cut down to meet Americans’ need for TP—we represent 4 percent of the world’s population but consume more than 20 percent of the toilet paper—is difficult to digest. According to the Natural Resources Defense Council, more than 28 million acres (about the size of Ohio) of boreal forest in Canada were cut down, mostly by clearcutting, between 1996 and 2015 to feed U.S. citizens’ need for TP. 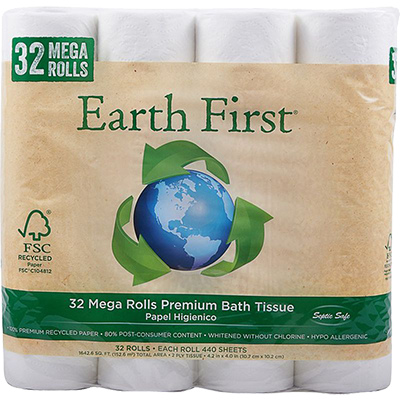 Last year, the NRDC issued a 31-page report titled “The Issue With Tissue: How Americans Are Flushing Forests Down the Toilet.” It points out that the trees felled in Canada are “home to over 600 Indigenous communities, as well as boreal caribou, pine marten, and billions of songbirds” and adds, “Maintaining an intact boreal forest, which acts as a massive storehouse for climate-altering carbon, is also vital to avoiding the worst impacts of climate change.” 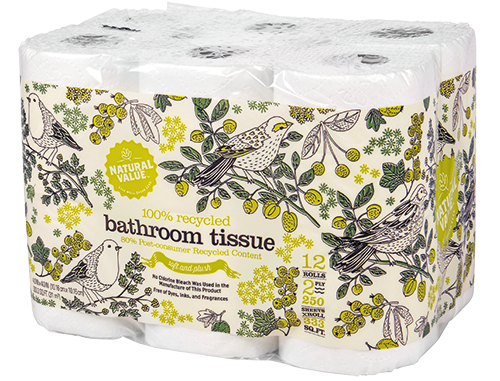 Helpfully, the NRDC created a graphic that analyzes the United States’ top-selling brands of toilet paper and assigns them grades. The six brands that received A’s—Green Forest, 365 Everyday Value 100% Recycled, Earth First, Natural Value, Seventh Generation and Trader Joe’s Bath Tissue—all are composed entirely of recycled paper and are not processed with chlorine. As for the rest of the brands, let’s just say that although you might be tempted to squeeze the Charmin, you will need to shake off the guilt of knowing it received an F. 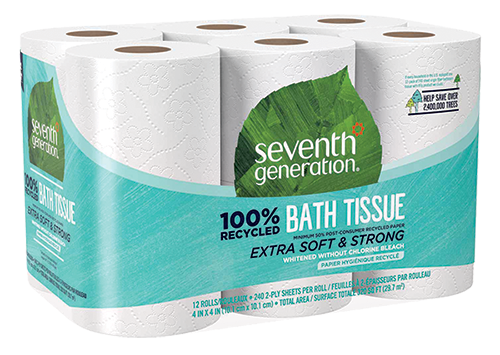 Now it’s time to tear off and examine some of traditional TP’s alternatives. Bamboo toilet paper has many virtues, including it does not contribute to deforestation and has a soft, familiar feel. You can purchase some at the Sacramento Natural Foods Co-op or online, at suppliers that include the bluntly web-addressed whogivesacrap.org. Bidet attachments also are sold online; check out some of the possibilities on Amazon. There are always washcloths (although it helps to have a utility sink to rinse them off) and even reusable toilet paper. 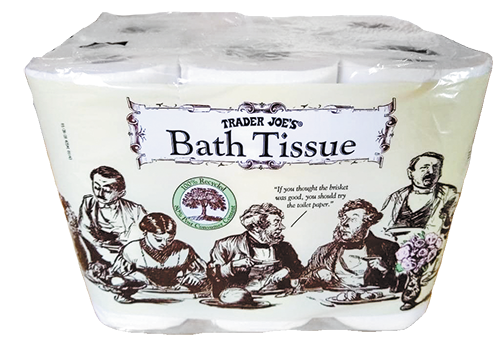 We would write more about this difficult topic but… forgive us, at this point, we’re pretty wiped.