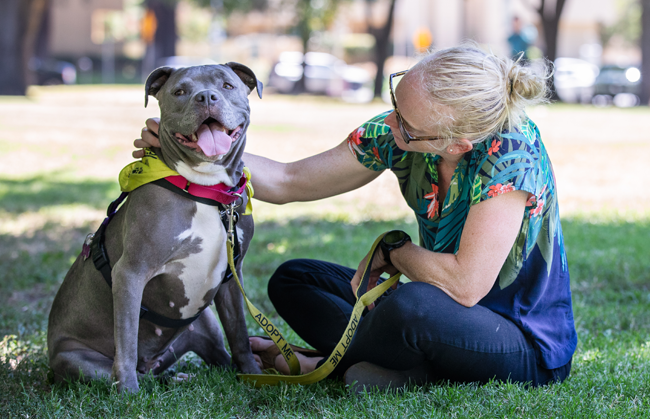 At first, I wasn’t sure Tesla and I would get along.

A large, 7-year-old pit bull terrier, Tesla seemed like a lot of dog. She isn’t exactly what people think of when they think of adopting a puppy. But as we grabbed breakfast in midtown and rolled around in the grass at the Crocker Art Museum, it became clear Tesla was just one big lovable furball who made friends everywhere we went.

And that’s exactly what the Doggie Day Out program aims to do: show off the dogs up for adoption at the Front Street Shelter and give people a chance to take one of them out for a day or even a weekend.

“It connects people with dogs in a way they weren’t before,” says Lori Rhoades, the foster and rescue coordinator at the shelter.

Rhoades brought the idea for a Doggie Day Out program to the shelter this past summer. It launched in August and they’ve already sent 1,427 dogs out on “dates,” as she refers to the excursions. 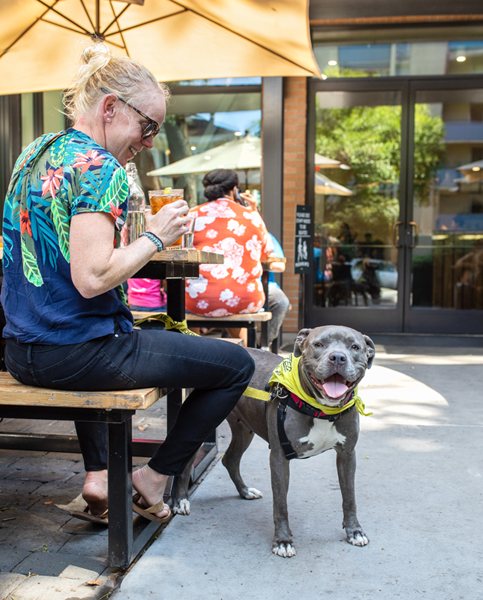 To take a dog out, I just had to go to the shelter’s website, peruse the dogs available—I picked Tesla—and make an appointment through the online reservation system. At my scheduled time, I showed up at the shelter for a brief set of instructions. For example, no taking your “date” to the dog park; no off-leash running around. (You don’t always know how a new dog will react at first to other dogs or pets, so it’s better to be safe.) Then Tesla and I headed out. I had opted to take her for just a few hours, but you can schedule a doggie date for a whole day or even overnight. It’s like fostering a shelter animal, but easier and shorter.

“It’s been super successful,” says Rhoades. While the day out is fun for the humans, who get to test out having a dog, it’s good for the dogs too. In addition to giving them more time playing and socializing, it actually helps them get adopted—which is the ultimate goal. In the cutthroat world of pet adoptions, the more pictures and stories there are about one of the animals at the shelter, the more they stand out. There’s even an app for you to upload videos or photos from your date.

It must work. At Pushkin’s bakery, a little girl begged her mom to adopt Tesla, and the waiter stopped to ask about the program. As we walked down the street, another guy wanted to know her name and if she was up for adoption; he’d been seriously considering getting a second dog just like Tesla.

Rhoades says often the days out lead to adoption, either from the person with the dog or from someone they meet on the way. They even had one person follow the dog’s date back to the shelter. But, typically, the dogs ready for their day out are the ones who haven’t been adopted yet and the availability changes constantly. So if you want to enjoy a date out with Tesla, you’ll have to do it soon. 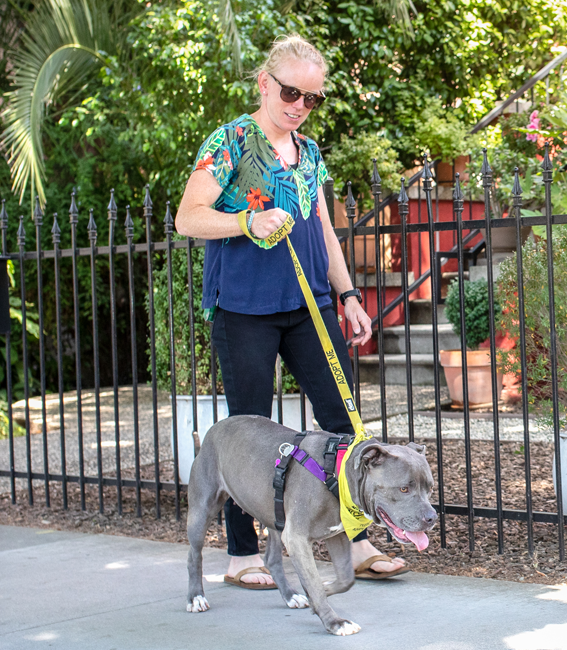