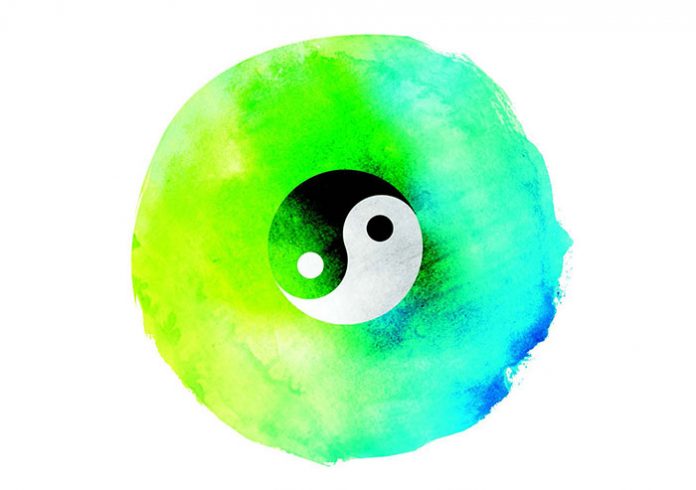 With Election Day here, hard lines have been drawn throughout the country when it comes to disparities concerning culture, spirituality, politics and police reform. As people continue to argue opposing views on everything from mask mandates to distance learning, it’s important to search for glimmers of unity. Remember, there is also room for more lighthearted debates, ones that keep us honest, such as the Las Vegas Raiders or the San Francisco 49ers, and more importantly, does pineapple belong on pizza? (The answer is yes.) At the end of each day, we are all humans with unique attributes, and that’s what gives us an opportunity to learn and to grow. These three pairs of colleagues, siblings and partners beautifully illustrate how people can be collectively united through their differences. 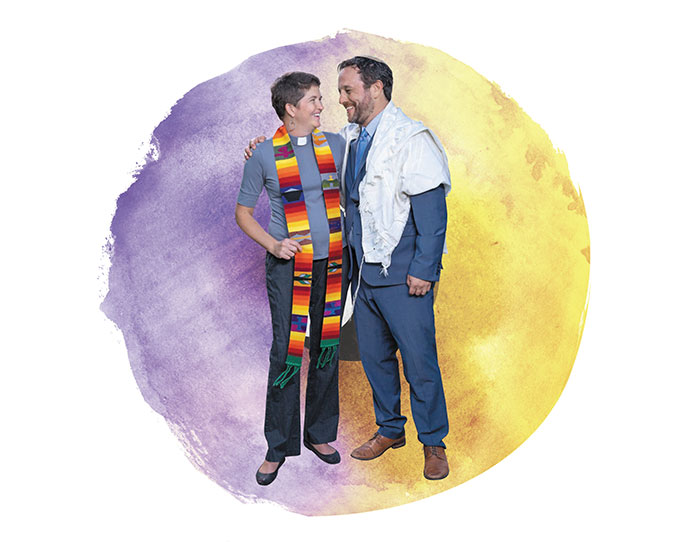 He enjoys the changing seasons from autumn to spring. She prefers bright, 75-degree weather year-round. He grew up on the East Coast. She grew up in sunny San Diego. But that’s not all: He’s a rabbi, and she’s an ordained minister in the United Church of Christ. Rabbi Seth Castleman and the Rev. Dr. Elizabeth Griswold have built a life together that includes three children and emphasizes the common ground between Judaism and Christianity. That doesn’t mean they’ve watered down their traditions.

“We decided early on that we wanted to raise the children Jewish. It made a lot more sense, because if we wanted the children to have Jewish identity, it felt important to really emphasize that,” Griswold says. “I yearned for my family to be more involved in religion to do that together.”

The children are steeped in Jewish traditions, literature and practices. They observe the Sabbath. They belong to a synagogue in Davis. They enjoy celebrating Passover and Hanukkah.

Castleman is the director of Exodus Project, a spiritual mentoring program through St. Vincent de Paul that helps connect formerly incarcerated individuals with the resources they need to transition into their new lives successfully. Griswold began a new journey in August, leaving her job at Parkside Community Church to attend McGeorge School of Law, where she will pursue a career in criminal defense and civil rights work. The couple is also a part of Sacramento ACT, or Sacramento Area Congregations Together. It’s a diverse, multifaith organization dedicated to the transformation of underserved communities.

Says Castleman, “We’ve been involved with protests and activism for a whole slew of causes from . . .”

“. . . issues relating to poverty or advocating for rights for homeless folks, racial justice, anti-war. I do a lot of work with reproductive justice and abortion rights,” finishes Griswold. “For me, it’s very much part of my faith, and a path of following Jesus is to emulate a lot of his ministry, which was caring for other people and having that be central to living out your religion.”

Social justice work trickles down to their children. Over summer, their oldest daughter created a lemonade stand to raise money for the Yolo Food Bank and the Catholic Worker community Griswold was a part of in Los Angeles. In their interfaith marriage, Castleman and Griswold emphasize faith. “A life of faith connected to everyday life, connected to justice work, connected to what we pour our hearts into—that’s the common ground for us, even though they happen to be different traditions,” Griswold says. 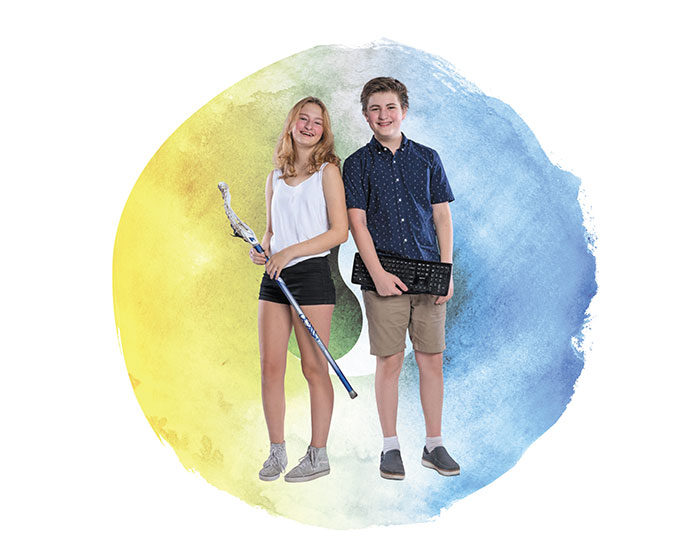 Colin and Julia MeCey are 16-year-old twins. At first glance, they look like your average set of teenagers embarking on their junior year in high school. But like most siblings, Colin and Julia have just as many stark differences as they do similarities. Colin, a technical whiz with a keen interest in computer science, was attending Rio Americano High School with his sister in 2019 when he realized that in-person schooling just wasn’t for him. So he asked his parents about distance learning, and in November he joined California Virtual Academies’ Sacramento branch.’

“I switched because I was having a bit of trouble with learning. Switching at first was a bit hard, because you’re learning this entirely new system since everything’s online. But after that, it was a lot nicer,” he says. “I liked it a lot more because the pacing was more about the student and not the entire classroom. I was able to get a lot more support from teachers, because there was constant academic support and tutoring every single day.”

As an avid lacrosse player and overall social butterfly, Julia says she was thriving at Rio Americano and enjoyed talking with her friends, teachers and her coach. In-person learning worked well for her. But as public schools in Sacramento adjusted to a distance learning model in March, Julia was suddenly forced to learn the online ropes with her teachers.

Colin and Julia are both enrolled at California Virtual Academies this fall. It’s a switch that Julia says she’s willing to make, because the online school offers more electives, such as an entrepreneurship class she’s excited about. Once public schools safely reopen, Julia plans to return to Rio Americano and get back on the lacrosse field.

“Colin has a lot of free time because they have a system in place that actually works. It’s nice to be able to take a class and not have to worry about figuring it out with my teachers,” she says. “Next year, a lot of kids are worried about how everything is going to go. Senior year, if it all goes away, I’m planning to go back just because I’m really social and it’s really hard to just stay in an online class.” 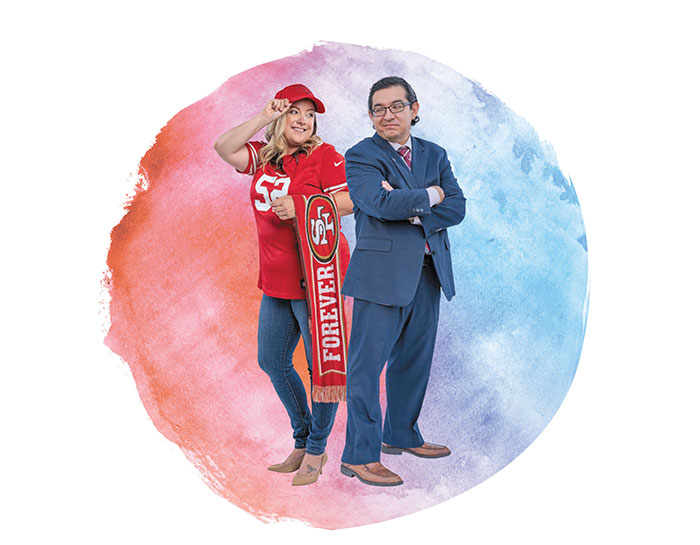 While Sarah Pollo Moo was working with Arnold Schwarzenegger’s administration, Eric Guerra worked for state Sen. Gil Cedillo. Over a Zoom conference, Guerra and Pollo Moo laughed about their rival football teams, the Raiders and the 49ers, but they also reflected on how their political differences helped them work stronger together.

Now, Guerra is a Sacramento city councilman for District 6, which oversees everything from Tahoe Park to Little Saigon, and Pollo Moo is the president and CEO of Pollo Communications Inc. As Sacramento State alumni, they crossed paths in 2016 during their volunteer work for the Hornets Policy & Politics chapter. There, Pollo Moo was introduced to Guerra, and she said something that really struck him.

As board members of the Sacramento Metropolitan Cable Television Commission, the two have collaborated on spending measures. One measure helps after-school programs and introduces students to opportunities in media. The other, known as The Atrium 916, was granted $100,000 by the commission. It hires local artists to create distance learning content for broadcast outlets including Access Sacramento and KVIE.

“I think dialogue has been on the decline in this country, particularly in areas like Sacramento where you have a lot of politics involved,” Pollo Moo says. “It can get very polarized, and I’ve always tried to look at issues from different perspectives, not just my own.”

Pollo Moo says she was always cautious about government spending, especially when it comes to people’s taxes.

“I’d never been on this end before. I’m usually the one saying, ‘No spending. No taxes. Lower taxes,’” she says, laughing.

“By us working together, we were able to accomplish more funding for the after-school programs to help so many kids who wanted to participate in media and in a new platform,” Guerra says. “We’ve got a lot of work to do in our country, even in our own city. The challenge is so daunting, it’s going to take all of us.”