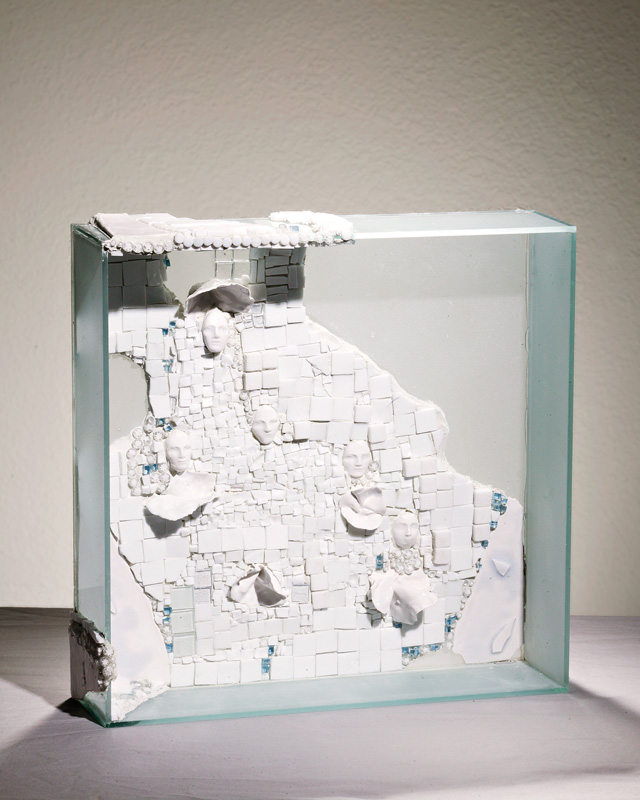 As an artist, Robyn Slakey is all about versatility, a quality she attributes to her teaching art for more than three decades at area public and private schools.
One day, she would instruct her students to sculpt with masking tape and newspapers. The next, she’d have them painting castoff chairs or making papier-mâché dolls. She’s equally at ease with ceramics, glass mosaics, pastels and watercolors.
“My dad used to call me ‘Little Miss What If,’” says the Carmichael resident. “‘What if we did this and this and this? How would this look?’”
Slakey left full-time teaching in 2008, as part of the first wave of layoffs from Loretto High School before it closed its doors. She teaches ceramics part time at Alpha Fired Arts, a Sacramento ceramics supply store and studio, but for the past two years has focused on exhibiting her own works.
As an art educator, Slakey vigorously promoted her students, who won numerous awards. Now she’s learning to be her own advocate and has enjoyed several successes. One of her glass mosaics was part of the Crocker Art Museum’s 2009 auction, and 30 of the mosaics recently showed at Fe Gallery on 65th Street. And Slakey’s oversized ceramic-and-glass-mosaic bra, crafted in soothing shades of white, showed at the 2009 Women’s Wisdom Project’s Art Bra Show.
Ceramic totem poles are Slakey’s latest passion. Around 5 feet tall, each is actually a series of smaller pieces threaded onto metal rebar. The totem poles have been well received, and that propels her forward. “It’s that thing, that God gives you these talents; it’s your job to share them,” she says.