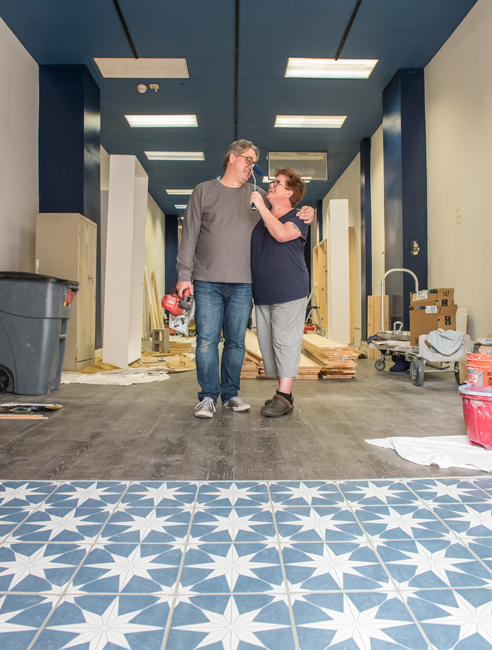 As franchise owners of City Book Review, Heidi and Ross Rojek know a thing or two about print. They also know it’s anything but dead.

Joining that resurgence, the Rojeks were on track to open Capital Books in April, downtown Sacramento’s first new bookstore since Avid Reader relocated to Broadway more than 10 years ago. A 14,000-square-foot location next to Crest Theatre, Capital Books carries new books including best sellers, government and politics, cooking, art, local history, children’s, as well as board games and sidelines, such as booklights and book-related mugs. The Rojeks hope to expand to the second floor next year to include a cafe that sells coffee, beer and wine.

The Rojeks also hope to use their 10-plus years of experience reviewing books to attract author signings and host events. “This is a small space but we can host a big author in the Crest, sell tickets, and then use this space as an after party,” says Ross, adding that through City Book Review. “We interface with like 3,000 publicists from all over the world.”

The Rojeks already hope to host author and illustrator Judd Winick, who has worked for Marvel and DC, and Ross has even inquired about Margaret Atwood, though he says, “I know I’m punching above my weight.”

In July Capital Books will also sponsor Find Waldo Local, American Booksellers Association’s event where local businesses hide images of the iconic Waldo, which participants must find to receive stamps in a passport redeemable for a prize.

According to the Rojeks, Capital Books must sell about 3,000 books a month, so they’re thinking broadly to reach that goal. They’ve considered a bike delivery system, plan to sponsor a book club at Solomon’s Deli, and will display special order books in other local businesses, such as Mayahuel, which according to the Rojeks has agreed to carry a small selection of books on subjects including tequila, Mexican cooking or travel.

Because success, says Ross, “comes to the ones who get involved in the community.”