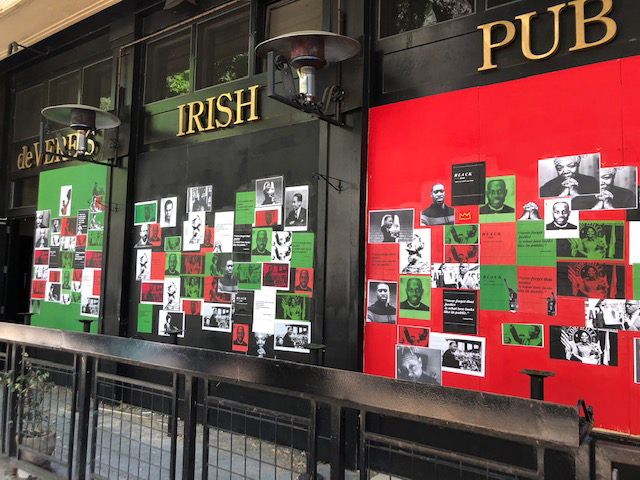 In the wake of protests over the death of George Floyd, a trio of local artists turned the boarded-up windows at de Vere’s Irish Pub downtown into an inspirational art installation designed to shine a spotlight on historic black leaders. The artists—D’Aramis Byrd, Raphael Delgado and Fernando Oliva—pasted Photoshopped images of Martin Luther King Jr., Angela Davis, Malcolm X and others on the boarded windows. They also included quotes by people such as Langston Hughes, Cornel West and Dick Gregory, as well as images of Floyd and Breonna Taylor, a Kentucky EMT worker who was recently killed in her apartment by police. 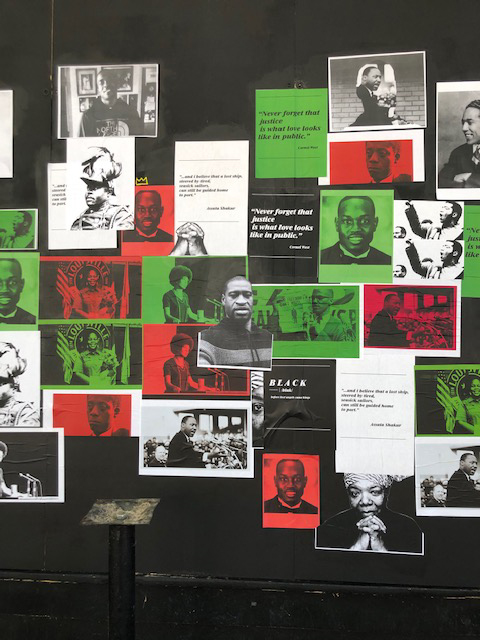 Like many downtown businesses, the owners of de Vere’s—brothers Henry and Simon de Vere White—installed large wood panels over their windows earlier this week to protect against vandalism that followed two nights of protest against police treatment of black Americans. They invited the artists to decorate the boarded-up windows with something meaningful. “We felt this was a great space to send a message of positivity and solidarity with the community,” said Henry. “Turn a negative into a positive,” Simon added. 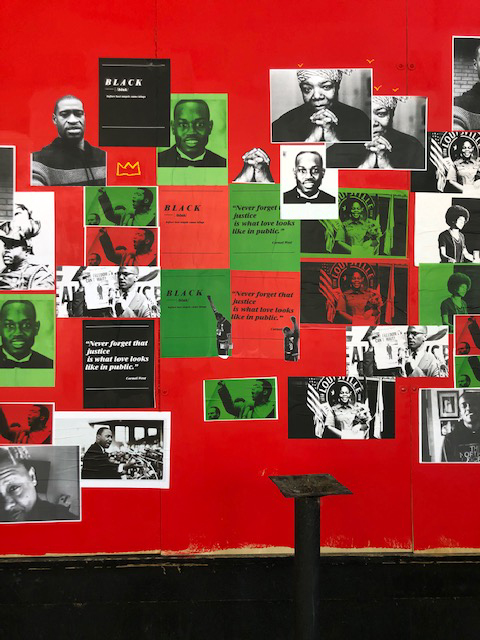 Byrd, a musician who goes by the stage name BLACK’Aramii, said he wanted the art to do more than focus on the deaths of black people at the hands of police. “I came up with the idea of not just dwelling on the tragedies,” he explained. “People need to know and be reminded that we didn’t come from the bottom. We come from royalty, from wealth, from our motherlands. The oppression is tragic, but we need to shed light on the great minds of our historic black leaders.”

The de Veres, who haven’t reopened their 16th Street pub since COVID-19 forced a shutdown in mid-March, said they plan to keep the installation up for a while. “Enjoy it while it’s there,” Byrd said. “Come read the quotes.” 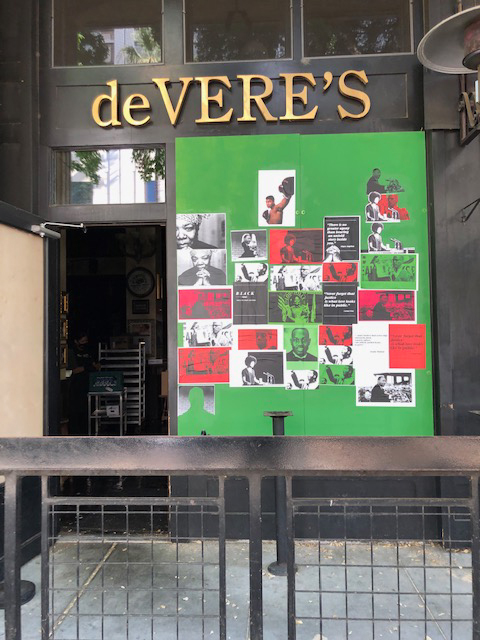