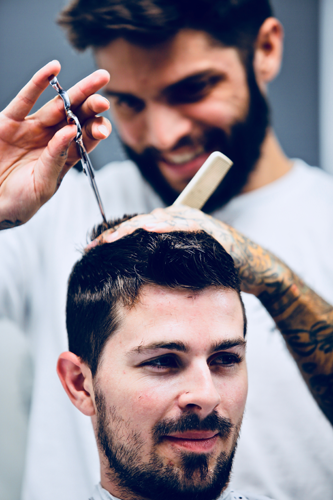 We talked with sought-after barber Mason DeCesare, who with Christopher Long co-owns Tailored barbershop in downtown Sacramento, about his early influences, personal style and the art of modern barbering.

What drew you to the barbering profession?
I was in the Army for six years. When I got out, I tried to do the corporate-world thing, but it just wasn’t my cup of tea. I wanted to be independent and work toward goals I set for myself.

The Army doesn’t seem like the sort of place where you could experiment with your hairstyle.
Actually, the military had a big influence on my personal style. I was an airborne paratrooper, and there’s a swagger that comes with being a paratrooper. Haircuts on an airborne base look different. We are very much those kids who like to push the limits: How much can I grow out my hair before anyone says anything? How long can I have it before they think that it’s more than two inches on top? 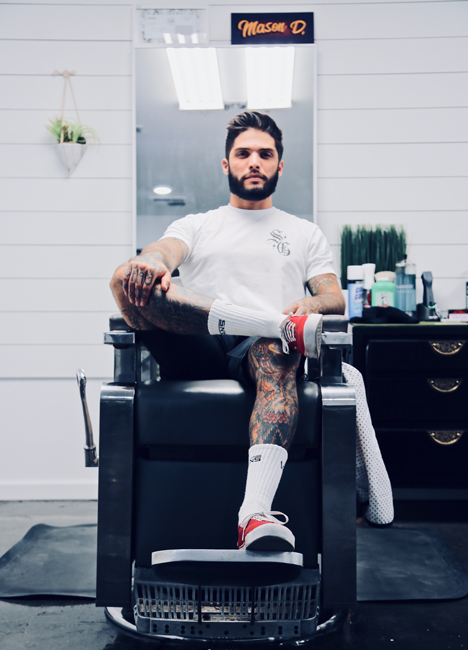 Where do you find haircutting inspiration?
In my Army unit, we were all about the styles from the World War II era. Haircuts from those times were super groomed, with a drastic sharp on the sides and a hard greaser look. I also think “Mad Men” really reignited the American barbering industry. It was about making men look like gentlemen when they weren’t necessarily gentlemen. I’m also really inspired by the folks at Menspire salons. It’s a level of haircutting that’s very technical.

How do these influences show up in your work?
At Tailored, we’re not doing your traditional American heritage barbering cuts, knocking out 28 of them in a 10-hour day. We take our time and tailor each haircut to our clients. My business is based on more of a European approach. That’s my niche. European barbering as a whole is leaps and bounds ahead of the United States. I’m not a cookie-cutter haircutter, I guess you could say. I don’t just throw some water in it and slick it to one side.

Do you have early memories of getting your hair cut?
Definitely, it was a big thing for me. I remember going to an old-time barbershop in Colfax with my dad. It had your GQ magazines, then the “big-kid magazines,” as my dad called them, behind the GQs. That’s where everybody went to talk; it was like the community center. You ran into your neighbors from down the street or an old co-worker you hadn’t seen in a while. Going to barber school reignited all those feelings for me, all that nostalgia.

Describe your personal style.
For so long I struggled with finding a style and trying to fit in, but eventually I realized that your style is all about you. It’s not all the stuff that makes the person—it’s the person that makes the stuff. At heart I’m a ’90s punk-rock skateboard kid who wears Dickies, plain or nostalgia T-shirts, maybe with Led Zepplin or Harley-Davidson on them, a hoodie, a jacket and a beanie. That’s about it.