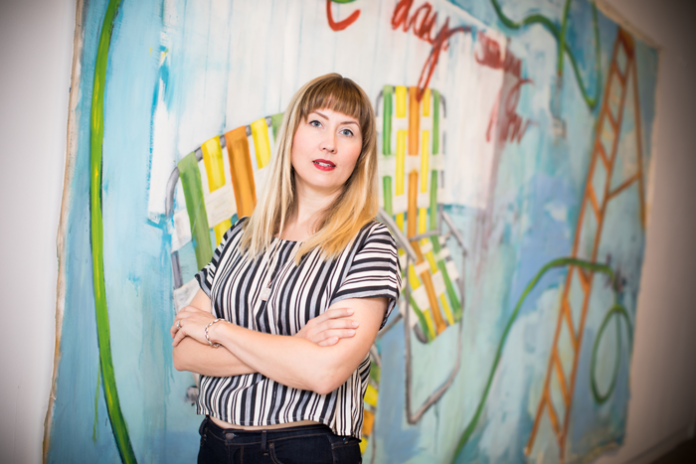 Congratulations on Verge’s 10-year anniversary. How does it feel to look back on the decade?
It’s kind of wild how fast it’s gone. I think that’s partly because we’ve undertaken so many huge projects during this time frame, and Verge has evolved so much from the humble concept that founder Jesse Powell started with, which was to offer studio space to artists, to what it is now, which is beyond any of our expectations.

How has Sacramento’s art scene changed since Verge opened its doors?
There has been a shifting of consciousness in terms of artists receiving more resources than they had been. Up until Verge opened, there was nothing like an artist-in-residence program or a fellowship or anything like that regionally for working artists. There wasn’t a place where you could apply and have your work reviewed and then receive resources that would allow you to pursue your practice. That’s a major shift.

Has Sacramento embraced contemporary art more than it did before?
Yes and no. I was really struck by the dialogue that went on around the Jeff Koons acquisition [the “Coloring Book #4” sculpture of Piglet at Golden 1 Center]. Koons can be a polarizing character, but one of the biggest gripes was not about him specifically, but the fact that he was an outsider. I thought it was a really provincial attitude to have. Why is there a resistance to outside influences? So many people who have a locals-only attitude about art would never feel that way about other issues because it would feel xenophobic and inappropriate.

How does Verge figure into the larger contemporary art scene outside of Sacramento?
We’ve had artists that, while they were exhibiting here, were invited to participate in the Venice Biennale and later got commissioned for a solo project at the Whitney. We’ve had artists go on to major commissions in bigger cities. We do these things that I think are substantive and important, and I think people appreciate them, but I’m not sure they understand the importance of having exposure to somebody like that and getting access to that in our community. That’s what Jesse wanted: for some of those more experimental, challenging, emerging voices to come here and for people to be able to see those shows in Sacramento instead of having to travel to see them.

Verge owns the building that it occupies. Talk about the challenge regional artists face in terms of accessing affordable studio space in an era of sky-high rents.
It’s so lucky that we bought our building when we did. The timing was absolutely perfect. It wouldn’t be possible now. That aside, an enduring challenge for Sacramento is figuring out how to carve out a space for the people who make a community interesting and culturally relevant. Verge offers low-cost studio space, and we’re going to continue to provide as many low-cost or no-cost resources to the regional arts community as we can, but artists still need a place to live.